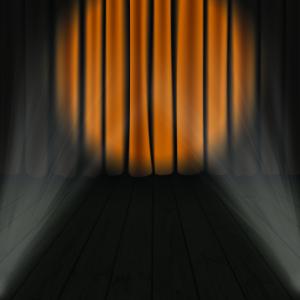 Paula was in high school when she discovered the joys of being onstage.  Her first role as Lieutenant Buzzy Adams in South Pacific raised her parents’ eyebrows but they soon adjusted as she went on to perform as the Captain of Inquisition in Man of LaMancha.  Fortunately this was followed by the role of Bess in A Christmas Carol and more female roles in the years to come.  Her favorite part, though only as part of the ensemble chorus was when she was able to perform in a special outdoor production of Les Miserables as a townswoman and prostitute.  It was during this production that she realized that a road to stardom as an actress would require much more time and talent and resources than she had, so instead she opted to attend college.

Her love for theater remained, though, and over the years she turned her hand to directing.  In college she helped to direct an improve acting troupe, and in her most recent years, she’s worked as middle school director and started a summer theater camp for the local school district, working with students in elementary, middle and high school.  She would love to return to the other side of the stage at some point when her children have grown and left the house, but for now she is glad for the opportunity to help others come to love drama as much as she does.

Schools and camps looking for a possible director may contact Paula at ptcastner@comcast.net