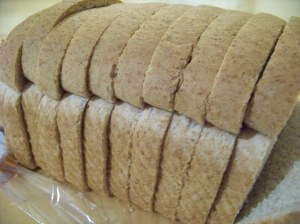 No one volunteers to have a chest x-ray, an EKG, a stress test AND an echocardiogram, all at the same time!

I certainly hadn’t.  As a young woman in her thirties (at the time), chest pains were the last thing I expected to be experiencing.  Yet, I was – intermittent pain over a period of a few months.  They weren’t regular or consistent enough for me to give much heed to them at first.  After a while, however, I realized that, though they were few and far between, the pains occurred whenever I became stressed or angry.  Still, however, I rationalized the pains away.

Then came that fateful day when I became angry during a spat with my oldest teen-aged daughter.  (Can anyone relate?)  Not only was my blood boiling figuratively, but it was literally wildly pumping through my veins and into my heart chamber, so much so that the pains in my chest became unbearable, and hence the x-ray, EKG, stress test, and echocardiogram.

I’m happy to report that, no, I didn’t have a heart attack, but I did learn that I have a minor congenital heart defect which over time can cause some issues.  The prognosis was that I would be fine, but the advice I was given was to slow down, stress less, and think more about my heart.

So, I did what I usually do in these situations:  First I prayed.  Then I read.  As I read, I learned that I was already doing what I needed in the way of food – mostly eating whole grains, fruits, vegetables, beans and fish with everything else in moderation.   What I was surprised to discover was all the new research about gluten and the many people who have issues with wheat and other such products.

What flour and gluten does

Folks don’t normally give flour and gluten much thought, but in reality flour and gluten are an important, dynamic part of our baking and cooking.  In baked goods, flour – and essentially the gluten in flour – is what actually provides the “framework” for the cake, cookie, or bread.  It absorbs the moisture and provides the protein strands necessary to give our baked goods a proper structure and a proper consistency.  So, when you replace gluten flours with gluten free ones, your baked good loses its ability to properly regulate its moisture content and its rising capacity, which is why many gluten free breads are denser and heavier than wheat breads.

You can substitute whole grains for white

For most people, flour and gluten is not actually an issue.  What is at stake is eating the right type of flour, which essentially means ditching the white, all-purpose flour and switching to a100% whole grain flour which has the fiber, protein, vitamins and minerals lacking in its white, all purpose counterpart.  Many people are hesitant to make the switch, though, because they think their food won’t taste as good.

The trick to remember is this:  For baked goods, always lightly spoon your flour into your dry measuring cup and level it off without packing the flour down.  If you do this, you can substitute your whole grain flour in a one to one ratio without fearing for the density of your favorite dessert.  For your cooking, simply use less of the whole grain flour for that roux you’re making or those potato pancakes you’re forming.  A rule of thumb is to measure out one cup of whole wheat flour and then take out one tablespoon. This will be closer to what you’d use with white flour. Because the whole grain flour is slightly denser, you can use less to get the same consistency.  And for those of you who still are reluctant to attempt a change, you can compromise with the white whole wheat flours which have begun to flood the market.  It’s a white wheat instead of the red wheat and is closer in consistency to the white , all purpose flour, while still retaining many of the same benefits of the red, hard wheat.

If you need to omit gluten altogether

For folks who do need to refrain from eating gluten, though, you can still have your just desserts, as well.  It used to be that you needed to buy an umpteen number of different flours and starches, as well as xanthan gum, to make up your own flour mix in a specific ratio.  Today, however, we are blessed with an abundance of companies just dying to take our money in exchange for saving us time and reducing our stress.  You can get some of these gluten free flour blends at the grocery store… Hannafords, Shaws, Market Basket, Stop and Shop, Price Chopper, Wegmans…. At the grocery stores, Bob’s Red Mill, King Arthur, and Pillsbury blends are the ones you’re more likely to find. You can also go online. Some brands you’ll find online are Authentic Foods, Cup4Cup, Better Batter, Jules, Namastes…. For folks looking for a one to one substitute, there aren’t too many options when it comes to baking. For other types of cooking, you can substitute any high protein/high fiber flour because the flour is usually just for coating or thickening. For baking, sorghum flour can be used in a one to one ration in some baked goods but sorghum flour absorbs more liquid so be sure to increase your liquids by 1/4 cup or so. Some folks like to use spelt flour, but spelt is only a substitute for folks who can’t eat wheat. For folks who have gluten issues, spelt has gluten. If you do use spelt, it tends to usually need just a bit less liquid than regular wheat.

How to use the gluten free mixes

The benefits of the flour blends are that everything is mixed in the proper ratio for you already, and you can easily substitute them into your favorite recipes.  Read the information on the packaging carefully because some are one to one replacements and others are not. Always remember to whisk the flour in a bowl after measuring, though, before you add the other ingredients.  This helps to lessen the density of the flour by breaking it up and incorporating some air into the flour.

If you want to make your own gluten free mix

Every day, however, there are new flour mixes coming on the market, so folks should experiment and see what you prefer.  If you decide you do want to make your own mix, however, there are sites such as http://www.allergicliving.com/gfblend where you can find some great “recipes” for flour blends. As a general rule to make a gluten free flour blend requires mixing a couple of types of gluten free flours with a couple of types of starches to get the same consistency of wheat flours. Some combinations I make are below.

2 cups “milk” (use what you prefer; I like to use flax milk or oat or soy milk)

3 tbsp melted Earth Balance “butter” (or whatever type you prefer)

2 tsp oil (use a plant-based oil you prefer; I like safflower or avocado oil)

1.  Preheat your griddle or pancake pan on the stove,  preparing either as necessary.

2.  Mix the lemon juice into the soy milk and let it sit for at least five minutes.

5.  Mix the pumpkin with the Agave and egg or egg whites or flaxseed mixture.  Add the milk and lemon mixture, along with the cooled “butter” mixture.

6.  Quickly mix the dry ingredients into the wet, blending just until the dry ingredients are moist.  Let the batter sit for a few minutes.  (I like a thick batter for pancakes, but if it is too thick for you, add some more milk, one tbsp at a time until it’s the consistency you’d rather it was.)

7.  When your griddle or pan is ready, drop 1/4 cup-fulls of batter onto the griddle and cook until the edges are getting a bit dry and little bubbles pop in the center of the pancake batter.  Flip and let the pancakes finish cooking for a minute or two on the second side.

* If you don’t need to be gluten free, you can always make these with 100% whole wheat flour instead.  They’re good either way!  If you use whole wheat flour, though, omit the flaxseed unless you like really, really thick pancakes.