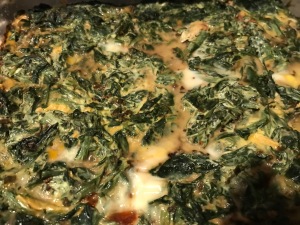 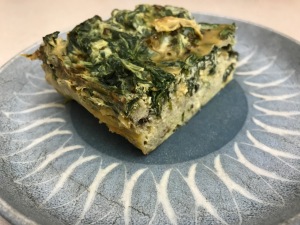 It’s already out of print….”

Last Saturday the writing collaborative I helped to found brought in an illustrator who gave me a wonderful book she had illustrated for an author who wrote about a girl who was gluten-sensitive, celebrating her birthday. The illustrator knew I did workshops for allergy-friendly baking and thought I’d enjoy the book. When I mentioned that it would be nice to purchase a few, she told me that the book had already gone out of print. (It was published in 2013.)

I was bummed. Not only because I wouldn’t be able to purchase more copies of the book but because there had been such a lack of interest in such a great book.

I should not have been surprised, though. My own experience has taught me that unless it affects folks personally, the impetus to consider other people’s plight and show consideration seems to be non-existent at times, and such a book would not need to be purchased by those of us who already know but by those who need to learn.

That does not mean that we stop trying to teach, though. Recently I met with the principal of our high school about a staff appreciation luncheon, and he, too, surprised me.  He asked me if I was considering staff with food allergies in my planning. Since this was the same principal who had held a breakfast for the senior students without any food that students with food allergies could eat, my astonishment must have shown on my face. He was quick to explain that he’d “learned his lesson” about food allergies, which I took to mean that a whole lot of parents must have called him about that breakfast!

Only when we continue to share will people start to come around. I have spoken so many times to the local PTO and my church that, though it has taken several years (years!), people finally have started to make changes. Not at every event, which they still need to consider, but at least at events where they know for sure that people with food allergies will attend.

Recently a local group called me to ask if I could make a breakfast dish for some folks with dairy and gluten allergies. I had the perfect hot dish which I had made over Christmas, a Spinach Strata. Made with gluten free bread, eggs, soy milk, and spinach sautéed with tofu cream cheese, it is cheesy and gooey and yummy. We had enjoyed it at Christmas, and the folks at the breakfast buffet the other day apparently enjoyed it as well.

The recipe is below so you can, too!

Best if prepared the night before and cooked in the morning.

six slices favorite gluten free bread (I used Ancient Grains whole grain millet-chai bread; I used an 8 x 11 pan; if you use a larger pan or smaller pan, you may need to adjust the slices of bread you need to cover the bottom of the pan)

dairy free mozzarella (I used about a cup of the Daiya brand but how much will depend on what size strata you may be making; you want to cover the top of the bread cubes)

one container tofu cream cheese (I used an 8 oz container of Tofutti brand cream cheese; unless you aer halving the recipe, slight decreases or increases in spinach does not warrant changing the amount of cream cheese used)

eggs (I was making the dish in an 8 x 11 pan and ended up using six whole eggs, but the amount will vary depending on the size pan you use; you want the egg/milk mixture to cover come to the top of the spinach mixture)

“milk” (I used soy milk but you can use whatever you like; I also used a cup and a half for the six eggs because I was making the dish in an 8 x 11 pan, but the amount will vary depending on the size pan you use and how many eggs; you want the egg/milk mixture to cover come to the top of the spinach mixture; ratio is usually about 1/2 cup of milk per egg)

herbs and spices (I used black pepper, a little bit of red pepper flakes, onion powder, oregano and thyme, but you can use what suits your tastes)